My article on “Marxism and the Anthropocene” forms part of the forthcoming edited book: System Change not Climate Change: A Revolutionary Response to Environmental Crisis (Bookmarks, July 1 2019).

Go to: https://www.youtube.com/watch?v=V5CQmQ-z1a8 for a video of one of the first launch events featuring Sarah Ensor, Ian Angus and Martin Empson

Video of me speaking on Marxism and the Anthropocene: https://www.youtube.com/watch?v=N_Wuzixr0QI

Endorsements for the book

The peoples’ climate movement is a System Change Not Climate Change movement or it is nothing at all. This short book explains why. Everyone in the movment, and everyone considering joining the movement, needs a copy.
John Bellamy Foster, author of Marx’s Ecology
This critical collection of writing by ecosocialist thinkers helps explain why ecological crises—from climate change and massive biodiversity loss to soil degradation and toxic pollution—continue to accelerate despite the fact that policy-makers and businessmen have known for decades the deadly ecological and social consequences of continuing so much business and politics ‘as usual.’ Just as importantly, the writers offer real hope and a way forward. They allow us to imagine a world in which life can not only survive, which is now in question for too many species and communities around the world, but thrive. And they tell us how to get there.
Hannah Holleman, author of Dust Bowls of Empire: Imperialism, Environmental Politics, and the Injustice of “Green” Capitalism (Yale University Press, 2018).
“The book includes cutting edge analysis of climate change, plastic, fossil fuels, agriculture, biodiversity, inequality and the current crisis of the earth’s natural systems from some of the world’s best activists and writers. But most importantly, the book puts forward a set of tools to analyse how capitalism has dragged us into this mess, and how to develop the movements and the power we need to prevent catastrophe and reorganise human society on a sustainable basis. It is essential reading for any social justice or environmental activist in the 21st century.
Penny McCall Howard, author Environment, labour and capitalism at sea
A highly readable collection of essays clarifying the systemic causes of environmental degradation and why a new economic/social system is essential to the future of humanity and many other species. An important addition to the ecosocialist literature.
Fred Magdoff, co-author of What Every Environmentalist Needs to Know About Capitalism (with John Bellamy Foster) and Creating an Ecological Society (with Chris Williams).
Informed by the latest work of earth-system science and Marxist ecology, this collection of articles by leading eco-socialist scholars and activists emphasizes the multi-faceted character of the biospheric crisis perpetrated by capitalism – from climate change, to declining biodiversity, to agriculture and food crises, to the plastics problem.  At the same time, it effectively counters mainstream “natural capital” and other “green capitalism” approaches that try to further incorporate nature into the same system of market prices and capital accumulation that is destroying the planet as a living system.  The authors clearly demonstrate the need for an economic system directly serving human needs, based on cooperative and democratic systems of worker-community control, in order to heal the rift with nature created by capitalist management and markets.
Paul Burkett, author of Marx and Nature and Marxism and Ecological Economics.
As its title indicates the contributors to this edited collection are united in their recognition of the climate crisis as a crisis with intrinsic connections to capitalism as a social and economic system. They are also united in drawing strongly on recent US interpretations of Marx’s later work, giving central place to the analysis of capitalism’s inherently disruptive impact on nature, generating multiple ‘metabolic rifts’. Many of the international constellation of authors brought together here are already well-known for their substantive development of these ideas in relation not just to climate change, but also the alarming rate of extinction of species, the state of capitalist agriculture and the food system, soil degradation, oceanic pollution, the fossil fuel economy, and the debate concerning the proposed new geological epoch – the Anthropocene. Although the perspective is held in common, there is enough original argument and independent judgement to make this an important and enlightening read. The conclusion is clear, however, that, as someone once said, ‘the point is to change it.’
Ted Benton, Red-Green activist and Natural History Writer.
This collection blends scientific expertise, political organizing experience, and long-term vision in a way that will be of great value for crafting an effective response to the ecological crisis. The authors show the negative implications of policy approaches inspired by capitalist precepts such as the attempt to put prices on natural goods. They discuss in detail the implications of proposals that stress organic agriculture and/or a vegan diet. They provide a sound overview of the theoretical positions that underlie current debates in the movement. Readers will be well equipped to educate people about both the urgency and the practical dimensions of our collective struggle for survival.
Victor Wallis, author of Red-Green Revolution: The Politics and Technology of Ecosocialism 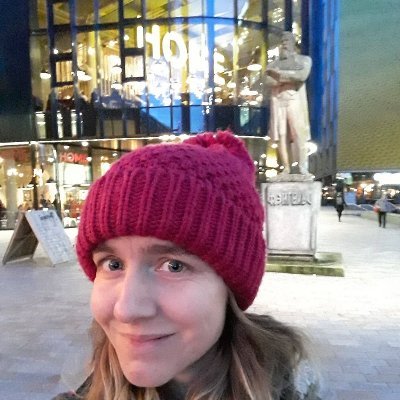